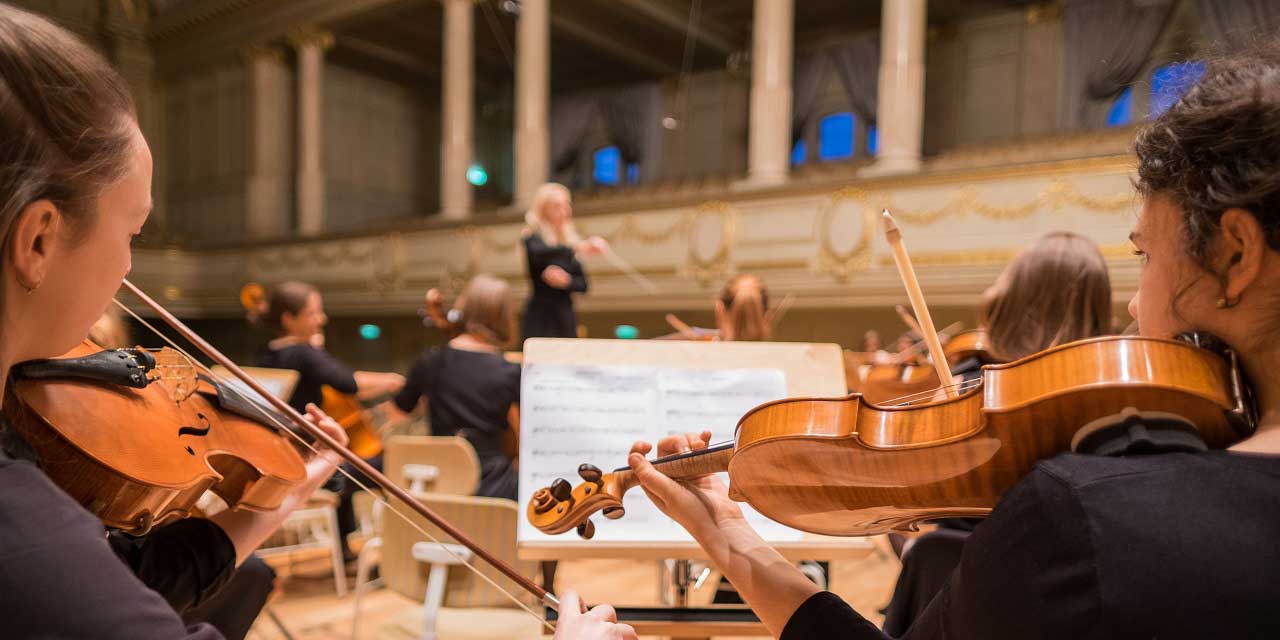 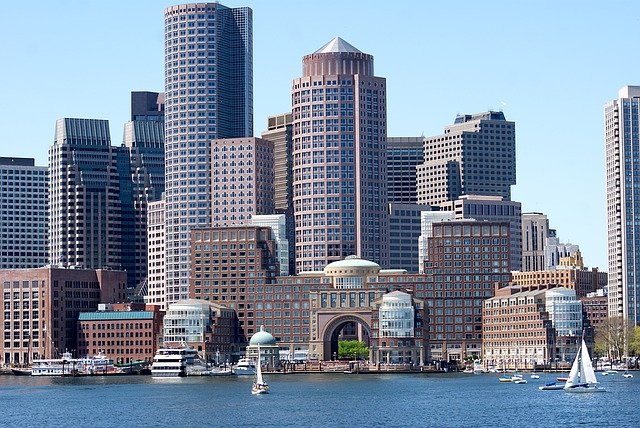 Boston, Massachusetts' largest city, is known as the oldest city in the United States.In addition to being the first city in the United States to have a public school and subway, it is also known for various events such as the Boston Tea Party, and has always been at the center of American history.A beautiful cityscape with many historic sites and historic buildings such as churches, art appreciation at the Boston Museum and the Museum of Contemporary Art, watching the Boston Red Sox and concerts by the Boston Symphony Orchestra attract many tourists. Is overflowing with.You can also enjoy the magnificent nature of Boston, such as cruises on the Charles River and whale watching.

Although Boston is famous as a tourist destination, the biggest feature is that it is a school city with top-class universities.World-renowned universities such as Harvard University, Massachusetts Institute of Technology, and Boston University are located in or outside Boston.Of course, there are many art colleges, and the New England Conservatory of Music, Longyi Conservatory of Music, Berklee College of Music, etc. are attracting international students from all over the world who want to become top-notch musicians.

For those who want to learn music in Boston, here is a summary of information about studying abroad in Boston, including the benefits of learning Boston music, life in Boston, and music education institutions in and around the city.

Benefits of learning music in Boston

Music colleges in Japan and Europe are considered primarily to teach classical music performances, but in the United States, in addition to classical music performances, in addition to jazz improvisation, rock music, computer music, music therapy, and music engineering. A wide range of music education is provided in various faculties such as the music business.Boston, with its prestigious music colleges, covers all of these faculties and offers a very high level of education.

Compared to other cities in the United States, Boston is very secure.However, no matter where you go in the world, there are few areas that are as safe as Japan, so be careful when going out at night or handling valuables.

Not limited to Boston, it can be said that the cost of living in urban areas in the United States is very high compared to Japan.If you're renting an apartment in Boston near a university where you can live alone, your monthly rent will be at least $ 1,000.However, most of the students are about 2 to 4 people and share an apartment with multiple bedrooms to keep the rent to about $ 500 to $ 1,000.

In addition, university tuition fees in the United States are increasing year by year.However, there are many scholarships that do not require refunds and part-time jobs on campus, so please contact your counselor individually regarding the tuition and tuition fees of each university.

Basically, every music college in Boston has an entrance exam, and passing it is a prerequisite for starting school.The basics are practical exams by playing musical instruments, listening and theory exams, and interviews, but the exams vary depending on the university or department of your choice.In addition, as a screening test, you may be asked for a sound source or video recording your performance.At music colleges with many international students, entrance exams may be held outside the United States, and there are cases where it is possible to take the exam in Japan.

Like Japanese universities, Boston College of Music is divided into a bachelor's degree course for fourth graders, a master's degree course for second graders, and a doctoral course for professionals and researchers.However, since graduate students often stand on the podium, they are treated the same as teachers, and tuition fees may be exempted and salaries may be paid.Diploma courses are also available at some universities.This course can be graduated by taking only specialized subjects, but it does not qualify as a bachelor's degree.The Diploma Course is for those who want to study music purely without thinking about getting a job or going on to graduate school.

Majors you can study in Boston

Department of Composition and Music Theory

Learn from recording to editing, mixing to mastering.Not only normal listening but also critical listening ability to distinguish frequency bands is required.

A music education institution in the suburbs of Boston

Half of the members of the Boston Symphony Orchestra are instructors or graduates of the school, so it is a music university that has a strong connection with the Boston Symphony Orchestra.In addition to classical music, the jazz performance department has also been highly acclaimed in recent years.We also offer double major programs in partnership with general universities such as Harvard University and Tufts University.

Known as an educational institution for jazz and popular music, Berkeley College of Music covers almost all conceivable music departments, from film music and electronic music composition, music therapy, music engineering to music business, as well as performance departments. increase. In 2016, it merged with the prestigious Boston Conservatory, and the classical music performance department was further enhanced.

The Longyi Conservatory in Cambridge, near Boston, is highly regarded for its education centered on chamber music performances.Compared to other universities, the ratio of instructors to the number of students is very high, and small classes are a big attraction.In addition, through a program affiliated with the prestigious Emerson College, it is possible to earn credits for general liberal arts courses and obtain a bachelor's degree at Emerson College.

How much English should I speak?
In recent years, the level of language proficiency required for admission to an American music college has tended to increase.The TOEFL test score, which determines English proficiency, is the criterion for passing or failing, but if the music level is high, there are cases where admission is permitted by the language training for the period specified by the school.There are also many language schools in Boston, so you can choose to live in Boston while learning a language before studying abroad in earnest.And Vision also offers information on studying abroad in Boston, so please feel free to contact your counselor.
How old are you up to?
Basically, the American way of thinking is that there should be no age restrictions in educational settings.Therefore, it can be seen that students in their 50s and 60s take classes among students who have just graduated from high school.However, from a future perspective, it seems that younger people are more likely to receive scholarships that do not need to be returned.
I'm an amateur who started recently, can I study abroad in music?
Music colleges are educational institutions that train musicians, so high levels are required for exams.However, many Boston universities, including junior colleges, offer music classes as elective classes.Therefore, while studying at a university in Boston, you have the option of taking a music class that includes practical skills, or studying as a minor.Also, the place to study music in Boston is not limited to the university.And Vision is affiliated with a Boston-based music instructor who welcomes amateurs alike.This includes university faculty members and active orchestra members.And Vision can also offer a study abroad program at a language school along with music lessons.If you are considering a short-term study abroad program in Boston, please contact your counselor.

In addition to the long-term study abroad program at the University of Music in Boston, the short-term study abroad program where you can experience local life while studying music in private lessons is also very meaningful.You can also schedule your trip to an event such as the Boston Symphony Orchestra, the Boston Pops Concert, or the Tanglewood Music Festival. Being exposed to the atmosphere of Boston in a short period of 10 days to 2 weeks and focusing on music may change your attitude toward music in the future.

If you are interested in studying abroad in Boston, please feel free to contact our And Vision Study Abroad Counselor.

Favorites
Your favorite has not been registered.
Click / tap the "Add to Favorites" button to register.
More Info
Recently viewed program
There is no browsing history.
Recommended for youProgram 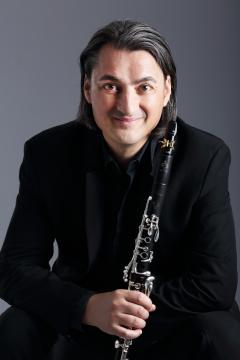 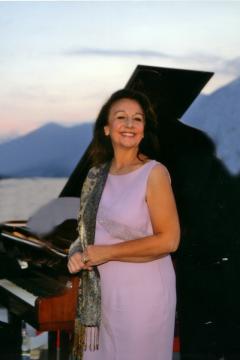 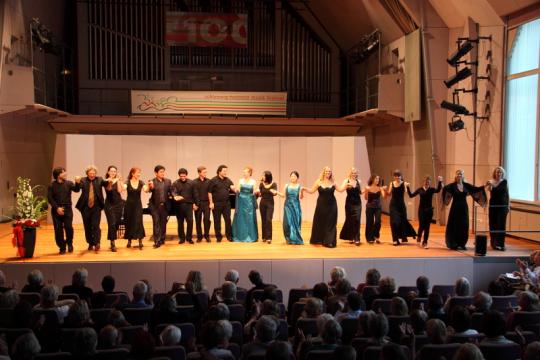 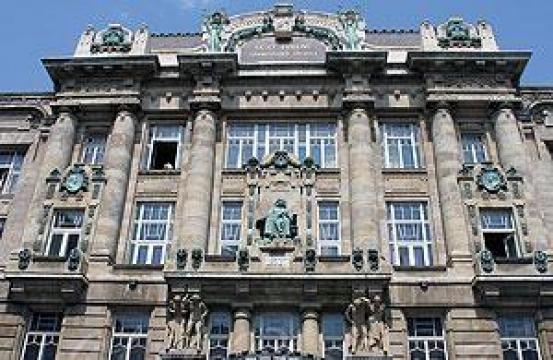 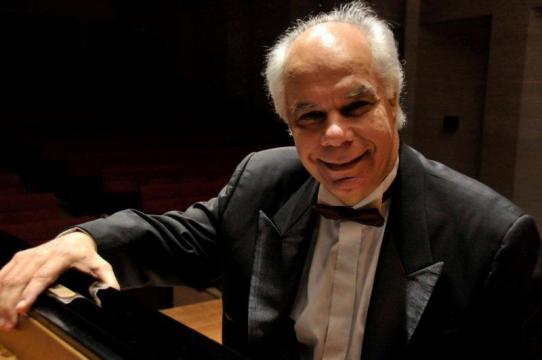